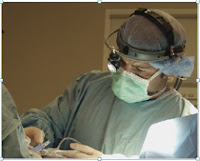 The history of ozone therapy began in Germany. The use of ozone precursor, was Werner von Siemens, who in 1857 built the first induction pipe for the destruction of microorganisms. In the second decade of the twentieth century, another German chemist Baron Justus von Liebig was the first to explore the applications of ozone for human use. Then it was the Russians who accelerated the research of this new medicine and transferred knowledge to the allied countries. But also expanded into the rest of the world, especially after the Second World War.

In Spain, the ozone therapy is based on the beneficial effects of the gas in the body are varied. Ozone acts as an antioxidant, immunomodulator (stimulates white blood cells, which increases the body’s defenses against external aggressions as infections and the detection cell mutagens that cause cancer or autoimmune diseases), also at the level of red blood cells increases the release of oxygen leading to greater transport of oxygen to the cells, improving cellular function and circulation in general, and also a powerful germicide, removes mold, bacteria and viruses. This combination of benefits makes the therapeutic applications are also many and various diseases.

In the case of patients with chronic or critical situations that endanger their lives or some members, such as gangrene, ulcers, or vision problems, especially cataracts, as well as systemic infections and circulatory problems. Ozone Therapy For Medical Ozone therapy for medical use is a mixture of oxygen-ozone, which is achieved by passing pure oxygen by an electric discharge of high voltage and high frequency. This chemical reaction, by a special team of medical imaging, produces a gas with different concentrations of ozone, according to the pathology and treatment. The gas in contact with the body therapeutic chemical changes. Oxygen-ozone into the blood reacts with unsaturated fatty acids and then converting them into ozone in peroxides. The iron in blood acts as a catalyst. This reaction causes hemoglobin to release additional oxygen into the bloodstream, it can be seen by the slight increase in blood pressure and decreased venous pressure.

On the other hand, the increase of peroxides promotes cell oxidation and strengthens the immune system. Ozone therapy cure because it improves the metabolism in an integrated manner. On the one hand, improves blood circulation in the affected tissues. Furthermore, the transport of oxygen and therefore the power supply to the inflamed areas is improved. And the immune system is influenced or stimulated a positive way. Ozone therapy also has a vaccine effect, since fragments of virus, partially destroyed, can function as a stimulus for the production of antibodies. Furthermore, as ozone leads to greater aggressiveness of white blood cells, makes the virus more quickly and be attacked with greater force. It also acts as anti-toxic, without destroying the tissue.

Finally, ozone can not be inactivated by enzymatic systems and thus acts on any aggressor. The ozone therapy is not an alternative medicine, but is considered a natural medicine. Based on all the skills required for the application of gas, ozone therapy instrumentation regardless of the use of specific drugs or any nonsense from them. From this point of view, ozone therapy has no side effects with other treatments. It does not compete, but is random to any other medical application. Treatments are quick, efficient and economical. And consist of a number of sessions vary in amount and duration, depending on the condition being treated. Applications do not have adverse effects.

The gas mixture of oxygen-ozone can be applied in multiple ways. Locally by a bell jar or plastic bag according to the different body parts (leg, arm, etc.).. In addition he injected intraarterial, subcutaneous, and intramuscular. Another method to deliver it is through autohemotransfusion which consists of the removal of blood which adds oxygen, ozone, mixed with blood, and without removing the needle, the re-injected into the bloodstream. Rectal insufflation is performed by applying the gas directly through a thin tube, like an enema. Other applications are through creams.

These products to make contact with the body, ozone transmitted to the body. Ozone is an unstable gas that decomposes readily at a rate dependent on temperature. So do not leave toxic residues in the body as it is transformed into oxygen. But, despite all its advantages, ozone therapy is contraindicated in acute alcohol poisoning, heart attack, allergies to ozone and pregnancy. These contraindications are due to the small increase in blood pressure. In the field of aesthetics, many products offered by ozone therapy. Since ozone acts as a powerful skin cell activity, there are creams, gels and emulsions for the treatment of skin or skin in general. Fighting cellulite largely or screen to solar radiation. Ozone therapy is also used as a potent immunostimulant and anti-inflammatory pain deactivator.